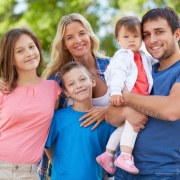 Although Australia has no official language, English is the de facto national language. Australian English is a major variety of the language with a distinctive accent and lexicon, and differs slightly from other varieties of English in grammar and spelling. General Australian serves as the standard dialect.

According to the 2016 census, English is the only language spoken in the home for 72.7% of the population. The next most common languages spoken at home are Mandarin (2.5%), Arabic (1.4%), Cantonese (1.2%), Vietnamese (1.2%) and Italian (1.2%). A considerable proportion of first- and second-generation migrants are bilingual.

Over 250 Indigenous Australian languages are thought to have existed at the time of first European contact, of which fewer than twenty are still in daily use by all age groups. About 110 others are spoken exclusively by older people. At the time of the 2006 census, 52,000 Indigenous Australians, representing 12% of the Indigenous population, reported that they spoke an Indigenous language at home. Australia has a sign language known as Auslan, which is the main language of about 10,112 deaf people who reported that they spoke Auslan language at home in the 2016 census.